A cheeky answer to the question “what is a hoverboard?” would be that hoverboards are electric boards that hover.

If, once again, we go back to the future, that might not be far from the truth, but as of now, hoverboards don’t really hover.

You will be able to define a hoverboard better when you can tell what it isn’t.

The invention has only largely been driven by a concept that came from science fiction, a story by M.K Joseph, and then popularized by the Hollywood movie, Back to the Future.

The 1989 science fiction movie release already predicted a usage in 2015 where Marty McFly — the protagonist — rides a hoverboard to escape Griff and his gang.

What the hoverboard represents in name and idea in science fiction is what the machine attempts to represent now, just closely.

They became popular when stars hitched on the buzzy image, rode in their homes and public spaces. From then, hoverboards became a mainstream sensation. It’s technically a levitating platform. 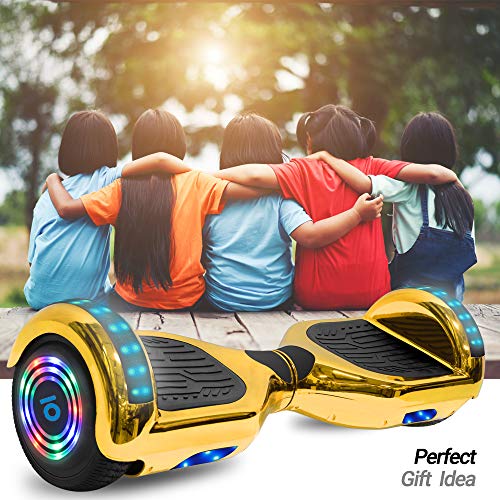 So, What Really Is A Hoverboard?

It is termed a self-balancing scooter that is used for personal transportation. They are devices that seem like an improved version of skateboards, only that they are versions with wheels.

These self-balancing scooters are two-wheeler electrical-powered devices with pressure pads that riders can stand on to tilt towards directions they want.

They are electrically powered because they are battery operated. Some new versions are controlled with a remote or you can turn on and off the battery manually.

The batteries are typically lithium-ion batteries and picking on the right ones is essential to enjoying the best of your device.

The movement of the hoverboard is in relation to the tilting of your weight towards the specific direction you want to move in.

Hoverboards are also referred to as “self-propelled mobility”. What this implies is that the movement of this device is basically rider-directed and self-controlled.

They possess what is known as the 9-axis sensor, which are three sensors with individual 3-axis. They are Gyroscope, Accelerometer, and Magnetometer.

How Do Hoverboards Work?

The hoverboard has some major components that equip it with the ability to operate like it wants or should. The components are:

A hoverboard must have these components for it to work. Each has the role it plays in ensuring that the hoverboard moves the way it’s expected to.

Hoverboards have two wheels and each wheel has an electric motor and speed sensor. The wheelers are located somewhere below the rider’s feet. They make it possible to for information about the movement of the rider to easily be sent. 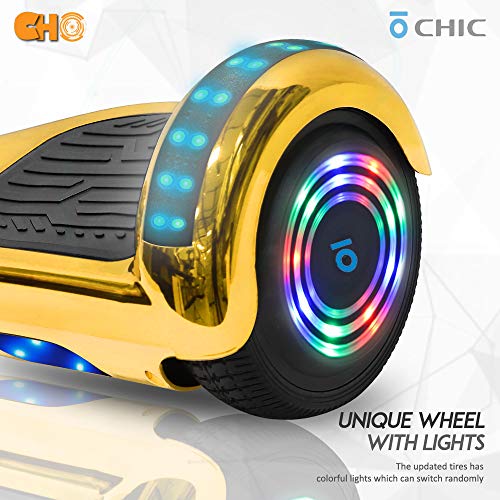 It is the gyroscope which gives data to the motherboard on what to do when the rider tilts the board forward or backward.

Note that the motherboard is the center of data processing. Information sent to it, ranging from the speed to direction are all processed very quickly, and then signals are sent from the motherboard to the motors for the very action requested of it.

So, when there is no tilting nor movement from the pressure pad about direction, the motherboard does not send any message to the motor for movements.

The infrared sensor is located beneath where the rider stands and is also responsible for sending information to the logic board.

The pressure pads are also where the foot placement space is on the hoverboard. Riders place their feet here and it is from there that the rider makes the tilting move with the feet.

Climbing on the pressure pad is the trigger for the hoverboard that makes a push on the infrared LED sensor; and it is the sensor that adjusts to let the motherboard know there is a rider on it.

In addition, when the hoverboards are tilted in one direction and the data sent by the gyroscope is picked by the logic board to move in the tilted direction of the rider, there are tilt and speed sensors that help you measure the speed of your hoverboard’s wheels in rpm — i.e., revolutions per minute — in motion.

It is from here that data is the gyroscope for the motherboard to control the device’s speed.

Finally, it should be emphasized here that hoverboards can rarely work without the battery pack. In fact, they don’t. They power the devices and there are various battery packs that are available for varied types.

The battery at a single charge, for most self-balancing scooters, can allow you ride at least 2 miles per hour. 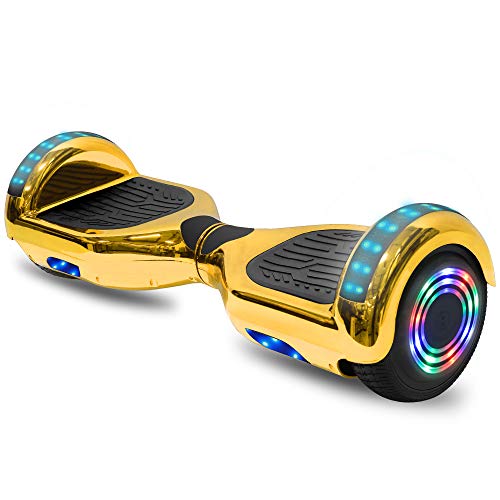 The safety of hoverboards were initially compromised after cheap alternatives to the initial design came out.

Several companies in China designed and mass produced hoverboards to the popular interest of buyers with favorable returns in the United States. Since then, there have been regulatory interventions to ensure the safety of use for riders.

In the US, a hoverboard meeting consumer protection standard is issued a UL 2272 certification.

When some hoverboards were going up in flames, the United States Consumer Product Safety Commission began to recall and seize hoverboards that didn’t meet their safety standards. This shook manufacturers, retailers, importers, and buyers alike, and further kept the buyers informed about the right product for them.

Hoverboards have become largely safer because of that measure in recent years and the incidences of explosion and overheating have greatly reduced.

However, it should be noted that hoverboards are susceptible to explosion when the battery is not well equipped for production. Fault batteries put a big line of difference on what stays on ground and what goes up in flames.

There is a huge market gap for lots of hoverboards that differ in price and quality.

For instance, when hoverboards came into the market, original models and designs went for as high as $1,300-$1,500. Whereas some cheap, popular models, even on popular online stores, went for as low as $300.

Although that is no longer an indication of value and quality now, it signifies the history behind the belief and common fear about the safety of hoverboards.

You can continue to review models and binge on consumer affairs comments about the various safety nets for several hoverboards and the models in the market.

Even when New York City reviewed her ban on electric bikes in 2018, it still proscribed hoverboards as illegal. That summarized the tension in the use of hoverboards in some states in the United States.

Although the language is not specifically the same now, New York City had revealed that hoverboards are not allowed to move in public spaces.

The New York State Traffic Law 114-d has been amplified by government’s official in recent times that hoverboards also fit the law’s definition of “electronic personal assistive mobility device” and are therefore regulated as such.

Even California was not excused from the late arrival to the law guiding hoverboards usage coming to effect.

What is unmistaken, though, is that the legality of use of a self-balancing scooter varies from state to state.

There are states that largely restrict the use of a hover board in public places, just like New York City, and there are some that have outrightly ban them.

This is like the variant of the United Kingdom’s ban of such wheel transporters and associated self-balancing devices like the electric scooters or roller skates on public roads and pavements.

Actually, these restrictive laws apply to other countries like Germany, Wales, Netherlands, Australia, Scotland, among others.

This unquestionably plays into founded fears about the safety of the hoverboards and why it has not become a global toy sensation like the buzz that greeted its initial production almost suggested.

The hoverboard is what it is, and the conversations generated around its use will also continue to revolve around their popularity, safety, legality, and how they really work.

The issue of safety is key in the information code. This is important especially when it is about the battery which is central to the powering of the hoverboards.

Riders and users must continue to review that hoverboards bought are properly certified and safe from explosion and avoidable injuries.

Perhaps this accounts for why the device is not in demand as they once were, but with the level of invested interest in kids and teens, it might be useful to keep an eye on value of safety and quality for users.