Hoverboards have the new buzz and mainstream craze about them. You find people use and talk about them the same way they do about scooters and bicycles as alternatives for transportation devices and mobility.

Their popularity is expected to be matched with certain expectations, just like any other transportation device that moves. Every transport device comes with a speed expectation from users. The same is true for hoverboards. 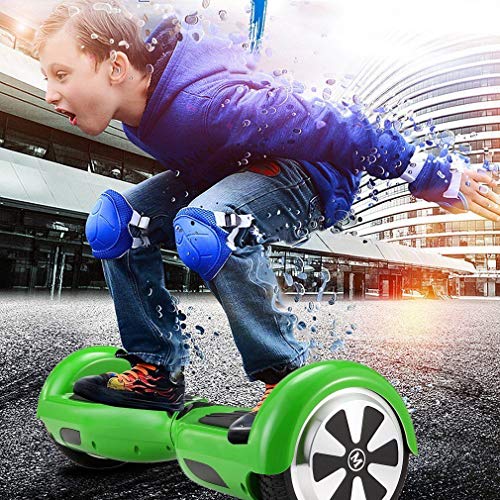 As an owner, you want to know how fast your hoverboard can go and how prepared you should be in operating at that pleasurable level. Not only for pleasure, there are moments you would want to hop on one to meet a deadline or speed off to the store. So, you ask yourself…

How Fast Does A Hoverboard Go?

You may even have other questions like; relative to other devices (like the electric scooter), is it safe to go the maximum hoverboard speed? Can I control the hoverboard at its top speed while decked on the pressure pad?

We know you want the answer straight up. So, here is it: top speeds are different for different hoverboards. There are also several factors to consider in determining the top speed for hoverboards. Both would be examined in this article.

That’s not to say there aren’t hoverboards that run at 3 or 4mph themselves, but that overall, the miles per hour averages between 6-14. 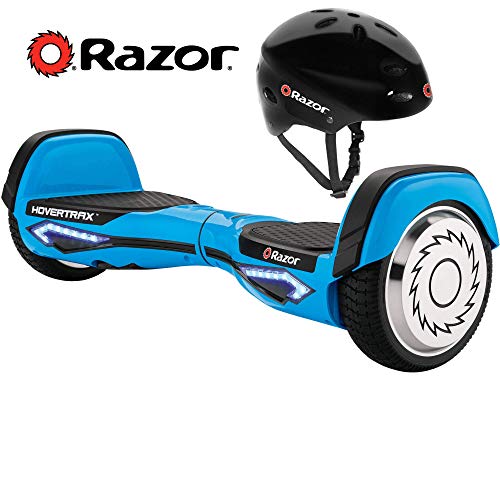 There has been an increased popularity and demand for top speed hoverboards in recent years. These demands have been complemented largely by how technology has been intertwined into developing new features for many of the new, advanced models of the hoverboards in the market now.

It is an age where the latest technology wows enthusiasts and users of a product, especially those who fancy the usage for many other pleasurable and safety interests.

These updated features, improved designs, and general functional quality also affect speed ranges. Hoverboards now have capacity to go as far as 18mph and possibly in the 20s in few months to come.

So, let’s consider some of the fastest hoverboards out there.

Examples of Hoverboards With Top Speed

In naming the fastest hoverboard around the world now, one will have to pay attention to not just the top speed but also the durability of the designs out there.

The technology that has been deployed to produce some of these hoverboards are exceptionally sublime and they have been central to the high speed that some of these products possess.

As far as quick hoverboards go, the Spaceboard hoverboard is definitely somewhere at the top. In fact, Spaceboard might really get us close to flying hoverboards in the space once it is determined to be habitable.

Its dedicated, professional network in pursuance of values in the space industry is a big attraction for people interested in hoverboards and the space community in general.

Generally, their hoverboard designs are quite popular and they have high-tech batteries and a max speed limit capped at 17.2 miles per hour.

Gyroor hoverboards come in several models. Some of the popular ones include the Gyroor F1, Gyroor Warrior, and Gyroor Swift.

There is a messaging from the naming of their designs that seems to suggest high speed, strength, and smartness. Perhaps it is always a smart decision to cash on them.

It might sound somewhat shocking, but the F1 brand has a top speed of about 23 miles per hour. It has a powerful motor built-in of about 450 watts to give you superior performance compared to others.

It looks like a design plucked off the Iron Man’s design hub. Gyroor comes with designs that appeal to quite a broad use age group.

Halo Rover brand has been outdoing itself every year to stay incredibly relevant to buyers and enthusiasts alike. Its Halo Rover X model, for example, has been touted on several consumer reviewer’s websites to be one of the best hoverboards in 2020.

With a high-density fender wings, made from aluminum and all giant terrain-ed tires with a an incredible 264lbs weight limit, the hoverboard shows why the Halo Rover brand is highly rated in the industry among users.

It ranks a top speed of up to 10 mph, and have designs that are IPX4 certified, both for dust and water resistance. 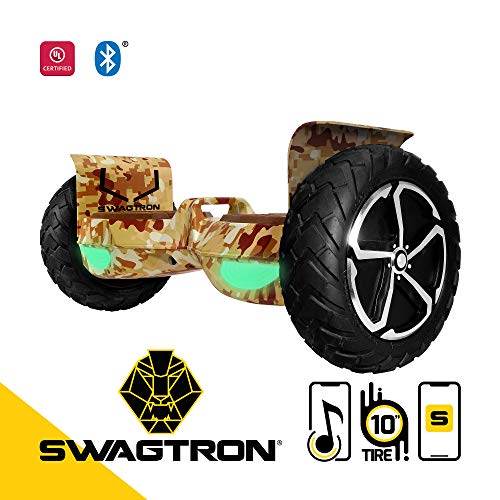 Swagtron has been in the hoverboard business for a while. Considered one of the best and leading hoverboard brands, there are several models that are reasonably priced and of great quality.

Whether it is the recent market banger like the T1 or T3 or T6 or T580, you are talking about a brand’s models that possess extensively impressive features of the best accessories a hoverboard needs to thrive.

For instance, the T1 product also has a UL2272 certification which makes it safe for consumer use.

There was a time a lot of the hoverboard produced in China were having battery issues and going out in flames. That certification means it is free from that.

Generally, the Swagtron hoverboard can move at about 10 mph. That’s an incredible amount of speed on top of an already safe, quality brand!

Razor Hovertrax might come unrecommended in the past, but like the company’s recent claim at the production of the Razor Hovertrax 2.0, it is becoming one of the smartest, leading hoverboard brands in the market.

The earlier productions have a maximum speed of 6 mph, but it now caps at 8 mph. One of the efficient recommendations is that the brand’s models come in their own EverBalance technology.

The technology allows their hoverboard to level itself and allow the user to easily stand on when they are ready to ride. The batteries alone now come at about 36V and are LG inclined. You can be sure that it is a hell of a ride with this!

Other hoverboards, across past to recent innovations, include the following with their top speed limit:

It is important to state here that there are quite a few features that appeal to users or potential buyers of a hoverboard. These range from having features like rubber guards or durable shells to having a state-of-the-art Bluetooth speaker, LEDs, amongst other things.

But the performance level, sanctioned and viewed through the prism of the speed, is what speaks most for the attraction. Why the speed of each hoverboard varies is a question that plays into a wider conversation about the shared factors that are responsible for a hoverboard’s speed.

Factors Responsible For A Hoverboard’s Speed

There are certain factors that are generally responsible for how fast a hoverboard can go.

These factors are both internal and external conditions that determine the speed track of the hoverboard. They include: the hoverboard’s wheel size, rider weight, the roadway conditions, battery life, and motor power.

Your wheel’s diameter affects the hoverboard’s speed, either inside or outside. Though it often appears as though all hoverboards are the same (and perhaps the features overlap for all), your wheel’s size can make the difference in speed.

There are hoverboards designed for kids, especially those within 5 -10. They are about 4.5inches. That is specifically designed so, because such wheel size won’t trigger a speed fest that would be so high it will affect their safety.

Wheel sizes of about 6.5 inches are also not high-speed propellants and are so designed for beginners. That’s why the maximum speed for such are between 6 – 8 mph.

The 8.5 inches inflect differently, and advanced riders can find joy with this. Wheel sizes specifically reflect on speed limits.

The weight of a hoverboard’s rider has a lot to do with the speed the same way the weight of the hoverboard itself affects its speed.

Standard weight limit falls between 200 and 250 pounds. If you end up on a device you weigh more than, it can affect your speed targets. It is, therefore, important to invest in hoverboards with higher weight limit to carry your weight.

Also, if the hoverboard is heavy, it would require more power before it can attain the maximum speed you want it to. That’s why high-end hoverboard models are more designed to support your weight while maintaining the maximum hoverboard speed.

This is an obvious factor. When you hop your hoverboard uphill or downhill, it naturally affects a lateral balance on the board which impacts the pressure weight on the device movement.

It is often said that hoverboards work best on flat surfaces where you can maximize optimal speed as well as reduce the risk of potential injuries. 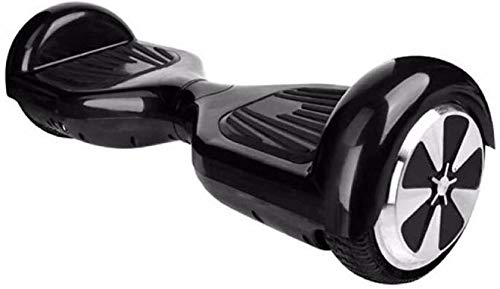 You can’t define your hoverboard without the electric qualifier. Your device is an electronically driven one and, therefore, a strong hoverboard battery life means an effective speed result.

A poor battery, on the other hand, will affect the maximum speed limit your hoverboard can achieve.

The electric motors are also key components of the electric features. They are located right in the wheels of your hoverboard. Always ensure there are two motors in the wheelers because they impact the hoverboard’s speed, and this must be done irrespective of the brand you choose.

It might be useful to conclude by saying that the speed limit you choose should also be based on your phase level of usage and purchase.

You really can’t be a beginner, for example, and are already hopping on hoverboards running at 15 miles per hour.

You will have to first learn how to ride a hoverboard and get used to it beneath your feet before attempting a higher speed.

But if you are a pro, then sure, go ahead and explore the top speeds of your favorite self-balancing scooter.